Animated Film: Song of the Sea

I love the Irish art from the animators of The Book of Kells and Song of the Sea is their latest release. I am a fan of John Sayles’s 1994 movie, “The Secret of Roan Inish,” about the Irish legend of a Selkie, seal-like creature that can shed its skin and live for a time as a woman. I am fascinated by the assumptions in Irish stories because it helps me understand some of the assumptions I make about life.

The two kids and dog pictured left live with their father in a remote lighthouse on the roaring Atlantic shore of the island. The mother has disappeared and no one is talking. Even the little six-year-old girl, Saoirse, doesn’t speak. No one mentions that Selkies can’t speak without their seal skin. The only connection the family has to other people is that the father goes to the mainland to visit the pub when his mother comes to visit the children. There is almost no adult conversation in these children’s lives, and no recourse when adults make bad decisions.

So, we have three elements of Irish culture:

Things get worse, the grandmother comes to take the children to the mainland, but she won’t take the dog. The kids make their break on Hallowe’en, when all the goblins are out, including the evil owls that do the dirty work of Macha pronounced Maka. When Macha gets hold of the kids and the dog, lo and behold, she looks a great deal like the grandmother.

Macha wants to ease their pain and loneliness by turning their emotions to stone, as she did for her son, the giant stone near their light house. Her son was so sad he cried an ocean of tears, and to take away his pain she turned him, and his emotions, to stone. The emotions are now rocks with magical markings, and some are captured in unbreakable jars. So, more Irish culture:

In order to make his own life easier, the father has made bad decisions with dangerous consequences for his children. The boy, Ben, risks everything to save his sister Saorise (pronounced like the color Cerise).

The movie, and the legend, seem to teach that the right thing for children to do is to give up their lives for others. To accept without question that their mother has disappeared and their father cannot made good decisions, cannot take care of them, and doesn’t have to answer urgent questions.

But wait, it gets worse! And the very end, the little girl is forced to make a choice that no six-year-old should face. She has to choose between being true to herself and embracing the adventure of her true nature by joining her mother, or she can choose to take care of her weeping father and brother. And guess what she chooses?!

That’s right… she chooses to take care of her father and brother because her mother CAN’T. And her mother disappears again, this time forever. So the little girl will now spend the next 10 years taking care of these men, and trying to push out of her mind her brief connection to her mother. She has learned to put herself last.

And that’s how co-dependents are created. This is the mythology of my culture. These are the stories we tell the children.

Nathaniel Branden said, “We live our lives according to what we believe.”

Maybe it is time for my barbarian culture to evolve. Maybe it is time to develop some healthier traditions, including telling the truth to the children. And wouldn’t it be grand if parents could actually take care of themselves and take care their children? Not the other way around…

My friend Beth loved the “Divergent” trilogy of Young Adult dystopian-future science-fiction novels with a 15-year-old heroine. They are being made into movies and the second installment, “Insurgent,” is due out on March 20, so I read the first book, “Divergent” and watched the movie on HBO.

I am fascinated how our mythology teaches young adults how to act in the face of danger, and how to be courageous and to take charge of their own lives and safety. Beatrice grows up in the Abnegation faction, which is like a clan, where selflessness is paramount.

At 15, everyone in her society chooses the clan where they will spend the rest of their lives. Beatrice truncates her name to Tris and leaps into the Dauntless clan, where bravery is prized. Tris must fight for her own life and the lives of those she loves.

The message of Divergent is similar to the indoctrination I received:

“I have a theory that selflessness and bravery aren’t all that different.”
— Tris in Divergent by Veronica Roth

Tris starts to realize that the differences between the clan of her birth and the clan of her choice may vanishingly small, and that treachery may lie beneath the efforts of others to pit the two clans against each other. Now that I have lived so many years trying to be a hero and a savior, I am starting to realize that this loyalty/bravery/sacrifice indoctrination may serve others who do not have my best interests at heart. It may actually serve those in power, at my expense. What would REALLY benefit women and children is working together. But in this book, ambitious and resourceful youngsters are pitted against other, with the top performers being destroyed by the second best.

Maybe we could evolve into something that works better. Let’s find out What Self-Loving People Do Differently. Could this strategy lead to young people working together instead of ruthlessly competing against each other?

I don’t think I will read the second book, even though my friend Beth said it was her favorite of the three. I understand the philosophy. I look forward to watching the Insurgent movie when it comes out.

Want to be happy? Let go of 15 things

Diana Vreeland: The Eye Must Travel 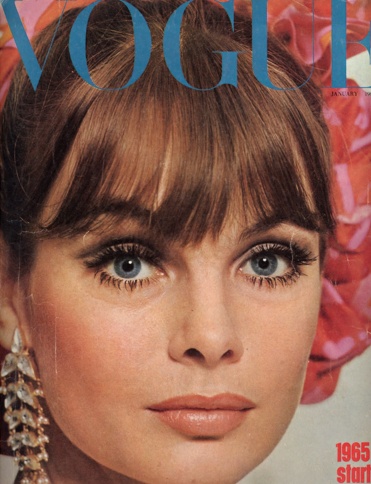 Before Anna Wintour and “The Devil Wears Prada” there was Diana Vreeland, Editor in Chief of Vogue. Both Anna and Diana were brilliant tyrants in the Steve Jobs vein. Her granddaughter produced and edited “Diana Vreeland: The Eye Must Travel” based on the audio tapes of interviews with George Plimpton who ghosted her memoir “D.V.” She included very interesting interviews with Diana’s (pronounced deeAHNa) two sons who admired her sense of style but not her mothering skills.

I read the magazine cover to cover nearly every month. I remember many of the photo spreads and covers. It became part of my values of glamor, personal style and the illusion of beauty. I most admired Jean Shrimpton and based my look on this image from 1965, my first year of college in New York City.

D.V. believed that we must “invent” our lives, and travel to exciting places provided the background for the most spectacular photo shoots. The eye must travel.

The dateline NICASIO caught my eye in the NYTimes, on the National page. Chris Lehane, a former political operator for Bill Clinton, was interviewed as he edited “Knife Fight” the movie he wrote and produced at Skywalker ranch for release in a few months.

The article compared “Knife Fight” to “The Ides of March” which is currently in release and starts Ryan Goslin as a political operator for a candidate who has sexual relations with an intern. Ryan Gosling’s role is based on Jay Carson who used to work for Bill Clinton.

Interestingly, there is a cameo performance by Paul Giamatti of a rival political operator in The Ides of March, someone a lot like Chris Lehane. “Jay is earnest and great,” Chris told the NYTimes. “I like sticking the knife in people.”

Eli Attie, himself a former Democratic consultant in Washington who came to Los Angeles to write for “The West Wing” and who knows both men, said: “Jay is the kind of politics we hope for,” he said. “And Chris is the politics we have to have.”

Rob Lowe will be playing the Chris Lehane-type operative in Knife Fight. “From what I hear, Rob Lowe is considered better looking than Ryan Gosling,” Mr. Lehane said (or “jokingly noted,” as he said by way of an e-mail clarification to Adam Nagourney, the NYTimes writer). I enjoyed the Ides of March and am looking forward to seeing Knife Fight.

First-Time director J.C. Chandoor, who also wrote “Margin Call”, somehow gets us to see the human side of the bankers that brought the world economy to its knees. If you understand that things are only worth what you can sell them for, and that the investment banks held certain “tranches” on the synthetics they were selling, you will quickly grasp how the math model projections stumbled upon by the junior risk manager portend the end of the financial markets as we know them.

How could we ever care about the fates of these greedy men, much less sympathize with them. They wiped out our retirements funds, and yet, at the end, we see what drove them. Some were venal, some were greedy, some were desperate and some were just resigned to their fate. What is stunning is that the caliber of acting draws us in and makes us care about these men.

Demi Moore, whose real name is Demetria, looks more Russian than ever. Deep fear flickers in her eyes behind the hostility of a wolverine defending her economic projections. When she faces off against Jeremy Irons, it is like watching smooth poison being spread before her.

The movie belongs to Kevin Spacey, however. Chandor’s savvy direction gives him a chance to show the conflicting emotions playing out as he tries to prevent the implosion of the company where he has spent his career. He wants to protect the young brokers working for him, he wants to protect the clients of the firm, but most of all, he wants to protect himself. Do we care? Yes, because of a brilliant performance by Spacey, which barely stands out in a stellar cast including smooth, charming, brilliant and ruthless Jeremy Irons as the guy who has to make the decision on when to pull the trigger and where to aim the gun.

It is playing in Santa Rosa at the Summerfield Theater and I hear it is available on streaming TV. Worth a watch.

Rise of the Planet of the Apes 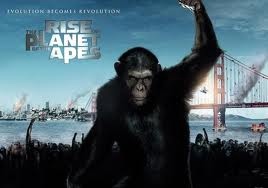 Howard and I both recommend “Rise of the Planet of the Apes.” — exciting and well made. Muir Woods is a location and the Golden Gate Bridge and its fog is practically a character. Don’t be late — it gets off to a fast start and packs in a lot of back story in the first few minutes. Don’t leave when the end credits start to roll… The set-up for the sequel starts after the first few credits. The nasty neighbor (played by Stargate’s neurotic nerd Rodney) goes back to work after his chimp-inflicted injury. Keep in mind that earlier in the movie we saw the lift-off for the manned Mars mission in the background. I predict that Charleston Heston was one of the astronauts on that mission. LOL!